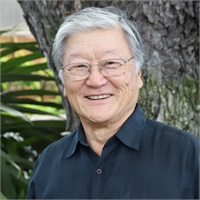 Born and raised on Oahu, David attended Iolani High School before receiving his Bachelor of Arts in History and Masters of Arts in Teaching from the University of Redlands in California. He returned to Honolulu in 1975 and began working with his father Douglas Takagi, one of Hawaii’s most well-known insurance agents at the time, at Occidental Underwriters of Hawaii. Joined later by his brother Verne (who retired in 2020 after 42 years) and sister Joyce (who retired in 2019 after 35 years), David has enjoyed working in the family business for over four decades.

David continues to serve individuals, families, small businesses, and non-profit organizations. He currently holds securities licenses Series 6, 22, 63, and 65, along with Hawaii Life, Health, Property & Casualty, and Variable Annuity Insurance licenses. David is the Insurance Board Agent for Hawaii, serving United Church of Christ, the Christian Church (Disciples of Christ), Presbyterian Church (USA), the Alliance of Baptists & the Evangelical Lutheran Church in America. He has been an Insurance Agent with John H. Connors Insurance since 1997.

David enjoys photography and golf, is a member of Church of the Crossroads, and sits on the Board of Directors for Hawaii Opera Theatre. After working with his brother and sister for many years, he is thrilled to see the next generation stepping into leadership roles as well. His niece Taea joined the family business in 2008, his younger daughter Megan joined in 2012, and his nephew-in-law (Taea's husband) Grant became part of the team in 2019.

David and Megan photographed many of the images used on this website. 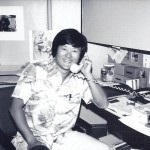